Dylon got up from his chair and went over to the hospital bed and took Athena?s hand. ?It?s a routine procedure. You?ll be back up on your feet in no time.?

Dylon bent down and kissed her forehead. ?You worry too much.?

Athena watched the nurses and doctors scurry back and forth in the hallway of the hospital. A few moments later her doctor came in.

?Good morning, Athena. How are you feeling??

Athena looked over at Dylon, her forehead creased with worry lines.

The doctor sat down on the edge of the bed. ?What?s worrying you??

?I don?t know. I just think maybe I shouldn?t do this.?

?Athena, we?ve been through this. Your monthly periods are too heavy. We?ve tried oblation and we?ve tried birth control pills. Nothing has worked. You have no quality of life. Your blood pressure sank so low with your last period you ended up in the hospital for a week, remember??

?It?s a simple procedure. We?re only removing your uterus, not the ovaries, so you won?t have to do hormone therapy. You?ll be back on your feet in no time.? The doctor looked at Athena, her eyebrows raised with a smile on her face.

?How long will the procedure take,? said Dylon.

?About an hour to an hour and half. The number on her bracelet,? she pointed to Athena?s arm, ?is up on that screen. When it?s red she?s in surgery. When it turns yellow, that means we?re finishing up and she?s going into recovery. Green means the nurse will be out shortly to get you so you can be with her.?

?And you?re sure we can?t do this laparoscopically,? Athena said.

?Athena,? the doctor said, ?we?ve been through this.?

Athena let out a resigned sigh. ?I know.?

?You?re gonna be fine, toots, and this big handsome man will be waiting for you when you?re finished. That?s something to look forward to.?

Two tall men in blue scrubs entered the room. Athena noticed the piercing blue eyes of the one who said he would be her anesthesiologist. He explained his role while the other man checked her chart and told her that he was her nurse. Their presence made Athena uneasy. Dylon held her hand as they rolled her out of the room.

One of the men took a card around his neck and held it up to a blue square on the wall. The wide wooden doors opened with a loud click. Dylon watched as his wife was pushed through the doors and disappeared down the hallway.

Things got hastily under way in the operating room.

?So what?s the cover story this time, gentlemen,? the doctor said.

The man with the piercing blue eyes looked down at Athena. ?She hemorrhaged right here on the table. So unexpected. What a shame.?

?Shh,? the doctor said. ?It?ll all be over soon. Your husband will be devastated. But he?ll move on. They always do, toots.?

Athena tried to sit up but the other man, the one who said he was her ER nurse, shoved her back down by her shoulders.

?Time to go to sleep,? the man with the blue eyes said.

Athena felt a warm sensation slide up her arm as her eyes slid shut.

Athena felt her spirit slide out of her body and hover over the operating table. She watched as the doctor made an incision straight across her abdomen and then another perpendicular to that one.

?What are you doing,? Athena yelled from the ceiling but no one heard her. She watched as the doctor and the two men laughed. Her thoughts of Dylon made her appear in front of him.

?Dylon! They are killing me!?

Dylon sat reading his magazine. He couldn?t hear her.

She disappeared and reappeared back in the operating room. Her body lay lifeless on the table. A man in jeans a plain white t-shirt stood near the table, closing a red and white cooler.

?A little of both,? he replied. 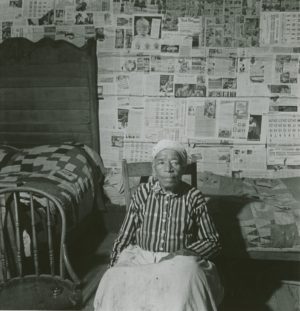 Kweku has one thing on her mind: teaching newly freed Black people how to read. But her mission, though noble, {...}

One for the Money 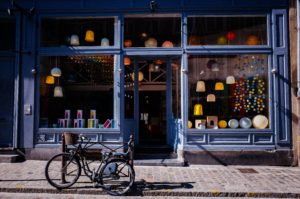 Ollie and Myrlie have gotten themselves into one hell of a jam after Ollie acquired a rare book from an {...}

The long and short of it….

Today I took another step toward my goal of becoming a published author: I submitted a short story to?The Saturday {...}