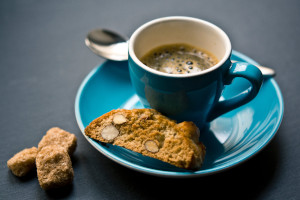 ?What kind of word prompt is Rome? Just…Rome,? Angie said as she approached her writing friends at Panera Bread. They all responded with giggles as they unpacked their laptops and settled into their usual spaces around the fireplace.

?I mean seriously,? Angela said, ?and it?s too warm to have an inspiring fire.?

?This is a first for you,? Dorset said, ?you never complain about the prompt.?

?Right? Chipper ass always comes in here with your shit done at least a week ahead of time,? Chaz said as she placed her laptop down harder than she meant to.

?I need a sandwich and a soda,? Angie said.

Dorset looked up at Angie. ?What about your–?

Angie interrupted her sentence with a raised hand and a dirty look. Dorset raised her hands in surrender, ?Grab some chocolate chunk cookies.?

Angie turned and looked back at them. ?You bitches are chippin? in this time.? They all laughed again.

?Seriously though,? Chaz said, ?if Angie didn?t come up with anything there is no hope for me.?

?Well your struggle is annoying as hell. Shut up with your published ass,? Dorset laughed.

?So this would be a bad time to say I just had another short story accepted?? Chaz winced a smile and bit her lip.

?Girl! Are you serious? Where??

Chaz nodded and Dorset got up to give her a hug. Angie came back with a tray piled high with cookies, sandwiches, scones and coffee. ?What?s all the hugging for,? she said as she placed the tray down on the table in front of the fireplace. Chaz and Dorset looked at each other and then at Angie. ?Well,? Angie said, ?somebody say something.?

?The New Yorker accepted one of my stories,? Chaz said.

Angie?s eyes grew wide with excitement. ?Chaz! That?s amazing! What is this like your fourth short story published this year??

Chaz nodded. Angie gave her a hug. ?Okay, I officially hate you now. Which story was it??

?A little mystery I cooked up,? Chaz said.

?Mystery,? Angie and Dorset said in unison, their tone full of surprise.

?Yeah,? Chaz said, ?I?ve always wanted to write a mystery novel, but I wasn?t sure if I could do it so I tried my hand at a short story first.?

?Why didn?t you share it with us,? Dorset said as she threw a piece of cookie at Chaz.

?I was afraid it was awful.?

Angie rolled her eyes. ?So awful it was accepted by The New Yorker. You know what this means, right??

?Well, yeah, that too,? Angie said, ?but that also means you pay for treats today.?

They all started laughing. ?That’s the dumbest rule. I got published, y?all should be treating me,? Chaz said.

?But the rule is if you get four or more stories published in a year you have to treat for the next three get-togethers,? said Dorset.

?Where is this rule,? Chaz laughed.

?Y?all are triflin?,? Chaz said. Angie held out her hand and wiggled her fingers playfully as she waited for Chaz to pay up. Chaz slapped her hand away. ?Go ?head somewhere with that hand,? she said.

?Seriously though, Chaz,? Angie said, ?it?s time for you to get that author website up now. The New Yorker is no joke. Folks might look you up on the web. You need to have a presence.?

?I don?t need a presence,? Chaz said, ?I told y?all a million times I only do this for my personal enjoyment.?

Angie looked at Dorset and rolled her eyes. ?When are you going to admit that this is your calling,? Angie said.

Dorset threw another piece of cookie at Chaz. ?You know it?s more than that. Angie and I have been at this a lot longer than you have and neither of us has been published.”

“The point is,” Dorset said as she rolled her eyes, “You?re on publication number four…to The New Yorker…The New YORKER, Chaz. It?s more than a hobby. You?ve got a gift. Accept it.?

?I wouldn?t even know where to begin with an author site,? Chaz said.

?I have a person,? Dorset said.

?How do you have a web site person when you?re a hair dresser? That?s not even in the same field.?

?So web developers don?t get their hair done I guess,? Dorset rolled her eyes.

?Oh,? said Chaz, ?Do you happen to have a photographer in your contacts as well??

?Yup,? Dorset finished typing something into her phone, ?I just sent you contact info for both. Tell them I sent you. You?re welcome.?

?I will do your make-up for the head shot,? Angie said.

Dorset waived her hand in the air in a grand gesture, ?there you go.?

?You both are too damn efficient…and pushy,? Chaz laughed.

Then all three in unison said ?in pursuit of the highest in all,? then raised their coffee cups and tapped them together.

?Okay,? Angie said, ?now that Chaz is all set I need some help with this wretched Rome writing prompt.?

?Start with ?when in Rome do as the Romans do?,? said Dorset.

Angie raised an eyebrow at her, ?I cannot even believe you went straight to the clich?.?

?Rome wasn?t built in a day,? Chaz?s voice went up at the end.

?I hate you right now. And I looked it up and all roads actually lead away from Rome.?

?The fact that you even looked that up, Angie,? Dorset laughed and rolled her eyes.

?Y?all know I?m the random facts person. Do I need to remind you both that I am–?

They both cut Angie off and replied, ?The Trivial Pursuit champion.?

?That?s cuz no one else liked that boring ass game,? Chaz said and they all laughed.

?You know what? Gimme back my cookies,? Angie laughed.

?Technically they?re mine since you made the published author reimburse you.?

?Well, I mean technically, they are Chaz?s now,? Dorset said.

?You better get started with your writing,? Dorset said to Angie, ?you know Rome wasn?t built in a day.?

Angie put her hands over her ears, ?I?m not listening,? she said as she watched her two best friends laugh at her crisis.

?I hope your laptops get viruses,? Angie laughed.

?I have a person,? Dorset said and Angie surrendered to the laughter.